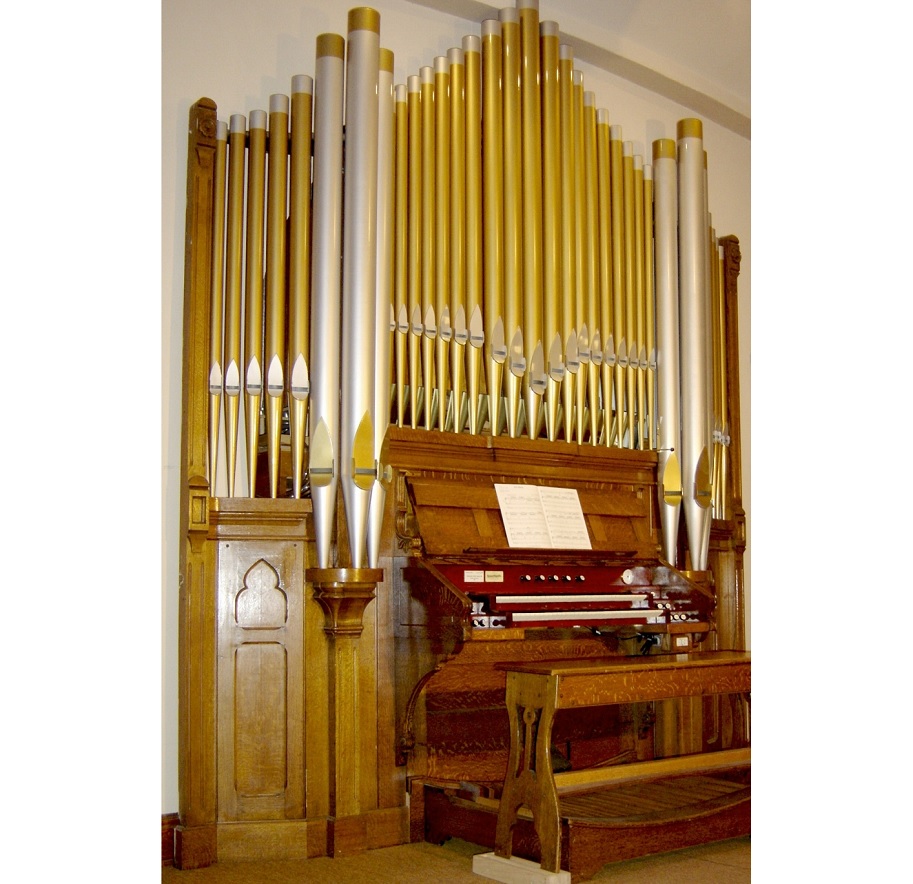 Holy Rosary Catholic Church is just north of the town of Cedar in picturesque fruit-farming Leelanau County. Situated in the rolling hills northwest of Traverse City, the church was built in 1923.
There is no record of a pipe organ at Holy Rosary, but organbuilder David Wigton had been "on the lookout" for an organ that could be economically fitted to the chamber in the bell tower.
The organless case from Hinners #2329 in Plymouth became available at about the same time as the caseless organ from Hinners #1882 in Midland. To the builder, it seemed a marriage made for Holy Rosary. So arrangements were made to fit the two-manual organ of 1915 to the one-manual case of 1917.
WPO spent more than 1250 hours on the project, and many volunteer hours went into it as well. We re-tabled the Swell and Great chests with void-free plywood, and altered the chests and stop action to accommodate some modest additions. The natural keys were recovered and pedal keys converted to electric action. New stop labels were installed, and additional pipes voiced to fit the new stoplist. We installed a quiet blower in a box, and re-leathered the large reservoir.
The overall concept of the rebuild was to retain the tonal character of the organ, and provide a few additional stops to fill out the chorus to give more variety. The mechanical key and stop action for the manuals was retained, while the tubular action for the Pedal was converted to electric. Richard Swanson of Grand Ledge did the tonal finishing, and Dr. Conrad Donakowski of East Lansing played the dedicatory recital.
Back to Opus List